What technologies are used in explosive trace detectors?

We live in a rapidly changing world. Power struggles, civil unrest, and the desire for radicals to harm enemies and innocents made our headlines. Well-trained experts cannot be everywhere at once. Explosives trace detector provides a way to enhance the capabilities of transit guards or boarding points of ships or aircraft without the need for explosives experts. By using desktop, hand-held or walking trace detectors, explosive trace detectors enable us to detect and identify a series of means to protect public rights and provide equipment for people who protect our freedom. Trace detectors can detect food in drugs, explosives and chemical warfare agents. This article will briefly introduce what technologies are used in explosive trace detectors.

This passage is going to talk about the following technologies used in explosive trace detectors: 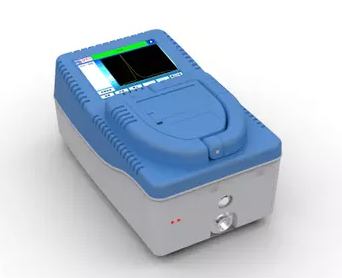 Explosion detection using ion mobility spectroscopy (IMS) is based on the velocity of ions in a uniform electric field. There are some variants of IMS, such as ion trap mobility spectroscopy (ITMS) based on the principle of IMS or nonlinear dependence on ion mobility (NLDM). The sensitivity of equipment using this technology is limited to the pg level. This technique also requires the ionization of the sample explosive, which needs to be achieved by a radioactive source such as nickel 63 or a 241. This technology can be found in most commercial explosive detectors. The presence of radioactive materials in these devices can cause regulatory troubles and require special permits at customs ports. These detectors cannot be repaired on-site. If the housing of the detector breaks due to improper handling, it may cause radiation hazards to operators. In most countries, regulatory agencies conduct biennial [clarification needed] inspections of such equipment to ensure that there is no radiation leakage. Due to the high half-life of the radioactive materials used, the disposal of these devices is also controlled.

The technology is based on the luminescence of certain compounds when attached to explosive particles. This is mainly used for non-electronic equipment such as sprayers and test paper. The sensitivity is very low (in nanograms).

Amplified fluorescent polymer (AFP) is a promising new technology based on a synthetic polymer that binds to explosive molecules and emits an amplified signal when detected. When a compound that is not a polymer is used for this purpose, the fluorescence quenching caused by the explosive trace cannot be detected. When the fluorescent polymer in the magnifying film absorbs photons, the excited polymer (exciton) can migrate between the polymer backbone and the adjacent polymer film. These sensors were originally made to detect trinitrotoluene. In AFP, due to the conjugated structure of the polymer, the combination of a TNT molecule will cause the fluorescence to be quenched.

Recently, mass spectrometry (MS) has become another ETD technique. Because the core technology has higher resolution, the use of mass spectrometry technology can reduce the false alarm rate usually associated with ETD. It also uses a non-radioactive ionization method usually secondary electrospray ionization (SESI-MS). Mass spectrometers are mainly used for desktop ETDs and can be miniaturized for handheld ETDs.