Home » News » Industry News » What technologies are used in the narcotics trace detector?

What technologies are used in the narcotics trace detector?

The solution is designed to meet the highest requirements for trace detection and identification, and is ideal for military applications, airports, ports, police stations, border checkpoints, government buildings, prisons and other safe places. What technologies are used in the narcotics trace detector?

This passage is going to talk about the followings of the technologies used in the narcotics trace detector:

The Explosive trace detector (ETD) is an explosive detection device that can detect small quantities of explosives. The detection is done by sampling invisible "trace" particles. Equipment similar to ETD is also used to detect drugs. This device is mainly used in airports and other areas prone to illegal interference. The portable handheld narcotics detector can detect trace traces of cocaine, opium (heroin and morphine), marijuana and amphetamine-type stimulants (methamphetamine), making it an important partner in key narcotics detection scenarios. 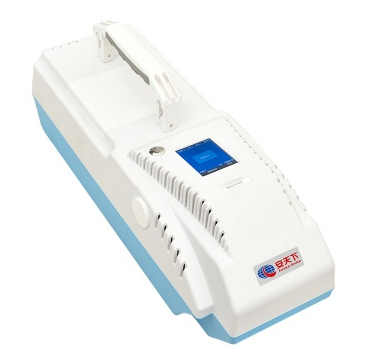 Recently, mass spectrometry (MS) has become another ETD technique. Due to the high resolution of the core technology, the use of mass spectrometry should reduce the false alarm rate usually associated with ETD. [Citation needed] It also uses a non-radioactive ionization method, usually secondary electrospray ionization (SESI-MS). Mass spectrometers are mainly used in desktop ETD systems, and can be miniaturized for handheld ETDs.

The technology is based on the luminescence of certain compounds when attached to explosive particles. This is mainly used for non-electronic equipment such as sprayers and test paper. The sensitivity is very low (in nanograms).