Home » News » Industry News » What is the principle of narcotics trace detector?

What is the principle of narcotics trace detector?

Many technology and principles are used for narcotics trace detector.

This passage is going to talk about the following principles of narcotics trace detector:

Some of the principles

Due to the major social issues related to drug abuse, the detection of illegal drugs is currently an important research area. Several wide-ranging detection techniques are important, including x-ray-based imaging techniques, the use of trained canines, and trace chemical detection using various "sniffer" techniques. The last category involves the indirect detection of drugs by collecting and analyzing trace amounts of vapor or particulate contamination. Several techniques have been developed for this type of application, of which ion mobility spectroscopy is probably the most widely used technique. This technology has many advantages, including the potential to detect almost all target drugs, moderate cost, near-instant response time, and in some cases sensitivity in the range of parts per billion. 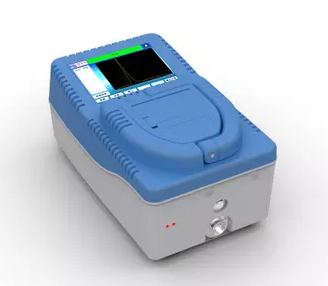 Some of the principles

The use of ion mobility spectroscopy (IMS) for explosion detection is based on the velocity of ions in a uniform electric field. There are some variants of IMS, such as ion trap mobility spectrometry (ITMS) based on the principle of IMS or nonlinear dependence on ion mobility (NLDM). The sensitivity of equipment using this technology is limited to PG level. This technology can be found in most commercial explosive detectors. The presence of radioactive materials in these devices can cause regulatory troubles and require special permits at customs ports. These detectors cannot be repaired on-site. If the housing of the detector breaks due to improper operation, it may cause radiation hazards to the operator. In most countries, regulatory agencies conduct biannual inspections of such equipment to ensure that there is no radiation leakage. Due to the high half-life of the radioactive materials used, the disposal of these devices is also controlled.

Recently, mass spectrometry (MS) has become another ETD technique. Because the core technology has higher resolution, the use of mass spectrometry technology can reduce the false alarm rate usually associated with ETD. It also uses a non-radioactive ionization method usually secondary electrospray ionization (SESI-MS). Mass spectrometers are mainly used for desktop ETDs and can be miniaturized for handheld ETDs.

The results of our equipment research are generally encouraging, as the future applications of various advanced technologies will be used to track the detection of illegal drugs, especially the development of personnel portals for this purpose. The main drugs of interest can be easily detected using narcotics trace detector. When there may be various interferences, given that all the necessary equipment has been purchased and developed, and a lot of experience has been gained in learning how to use the equipment for trace drug detection, it is necessary to invest in knowledge with a relatively small capital in the future It can generate considerable research returns. Our company will continue to work hard on research and development.